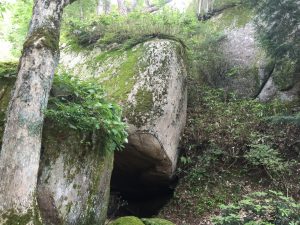 Relatively gentle mountains are spread in the Tanto area because the granite of the Continent Era widely distributed in this area is easily weathered and eroded. The mountain passes are relatively low compared to the steep Mt. Sobudake and the Oginosen area, through which an old highway to Kyoto area was built. 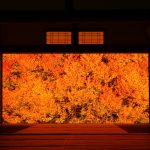 1
Ankoku-ji Temple
The temple is also called as Ankokuzenji, which was founded by the great monk Houtou in the latter part of the Kamakura Period. A Gautama Buddha statue stands here. The 100 year old Enkianthus tree growing in the backyard is famous.
Tanto Silk Road Tourism Association
0796-54-0500 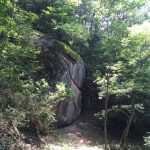 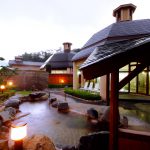 3
Silk Spa "Yamabiko"
A hot spring sprung from the basic geological stratum of Japanese Archipelago before the Continent Era. There is an explanatory plate about the rocks (serpentinite) in the parking lot.
Silk Spa Yamabiko
0796-54-0141 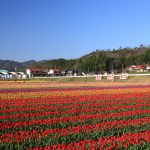 4
Tanto Tulip Festival
A tulip festival has been held every year since 1992 at the Tanto Flower Park in Hatayama, Tanto-cho, Toyooka City, fascinating visitors with colorful tulips, a specimen garden having 300 kinds of tulips, and flower art made of 100,000 flowers.
Tanto Silk Road Tourism Association
0796-54-0500

Tanto Town, located at the eastern end of the Tajima area, flourished with silk crape production until the mid-Showa era. Although there are many farmers, they are facing the lack of successors. In the mountainous area, you can observe exposed strata, the oldest among those discovered in the San’in Kaigan UNESCO Global Geopark. The town also gives you the joy of experience on seasons: the tulip festival in the spring, lilies, sunflowers, and famous colored leaves of white enkianthuses in the autumn. The silk hot spring spouting out from 1,000 m underground is popular among women in particular, because it is known to smooth the skin. 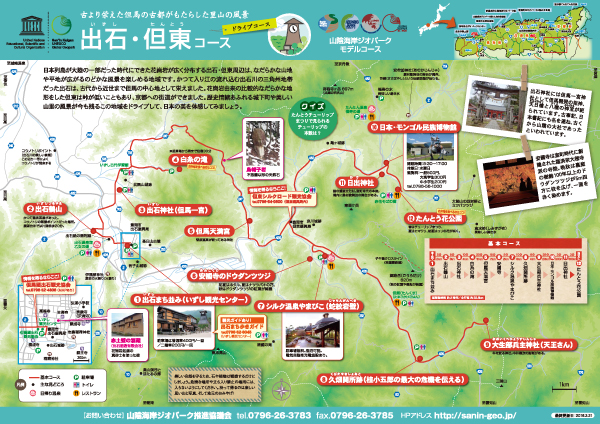