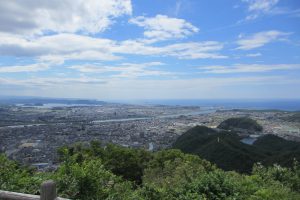 This plain was formed by sand and soil carried by the Sendai River and accumulated in an inland bay (Old Tottori Bay). The plain lies at the center of the Inaba region. 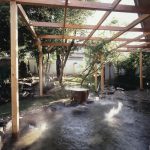 1
Tottori Hot Springs of Inaba Onsenkyo
The Tottori Hot Springs were discovered by Genroku Ikeuchi in 1904. There are about thirty hot spring sources, of which 18 sources are currently used. It is believed that the hot spring water rises along the gaps in the bedrock in the strata formed in the era when the Sea of Japan was formed.
Tottori Convention ＆ Tourism Association
0857-26-0756 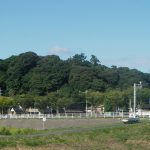 2
The Forest of Onomi-no- Sukune-no-Mikoto Shrine
Onomi no Sukune no Mikoto Shrine is an ancient shrine that honors the god Onomi no Sukune no Mikoto. The shrine is mentioned in Engishiki Jinmeicho, a book of a list of shrines compiled in the 10th century. The forest behind the shrine is at the climax stage of a lowland forest. This forest is a typical evergreen broadleaf forest remaining in the Tottori Plains, and thus has high academic value.
Yuhigaura-Kitsu Tourism Association
0857-26-0756 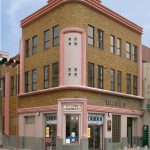 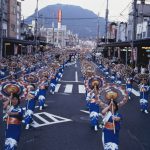 The present-day Tottori Plains was a bay in ancient times. During the feudal era, it became a wetland where water birds gathered. Bird hunters (totoribe) gathered on this land. The name "Tottori" is derived from "totoribe." From the Edo Period, Tottori developed as a castle town. Today there still remain many shrines and temples, some of which are designated as important cultural assets by the government. Tottori City is a city of reconstruction which has overcome several disasters such as the Tottori Earthquake in 1943 and the Great Fire of Tottori in 1952. The city is known for the exciting Tottori Shanshan Festival held in summer. In this festival, dancers dance through the city streets with umbrellas in their hands. 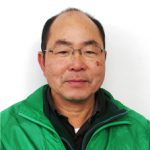