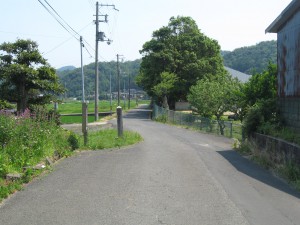 The North Tango Earthquake occurred on March 7, 1927 at 6:27 p.m. and 39 seconds. It measured 7.3 on the moment magnitude scale, and its focus was located in the northern part of the Tango Peninsula in Kyoto Prefecture. It measured 6 on the Japanese earthquake intensity scale in the northern parts of Hyogo and Kyoto Prefectures. An area of 15 km in diameter at the base of the Tango Peninsula, including present-day Mineyama Town and Amino Town of Kyotango City as well as Kaya Town and Iwataki Town (both of which are now annexed to Yosano Town), was destroyed. About 70-90% of the houses in these areas collapsed in the earthquake. Since the earthquake occurred in the evening of the early spring, many fires occurred in various places in the area due to heating and cooking fires. Large fires spread especially in Amino Town, Mineyama Town, and the former Nodagawa Town district of Yosano Town, and as many as 8,287 houses were burned down. After the earthquake, the Gomura Fault, the seismic fault caused by this earthquake, was scientifically researched. This was the first seismic fault to undergo scientific research in Japan. The word “katsudanso” (active fault) was used in the research for the first time. 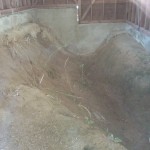 1
Gomura Fault (Higuchi, Koike, Ikunouchi)
This is a seismic fault (18 km long from north to south) caused by the North Tango Earthquake (M7.3) on March 7, 1927. Three parts of the fault (Higuchi, Koike, and Ikunouchi) are designated as national natural monuments to preserve the movement of the fault by the earthquake.
Kyotango City Board of Education, Cultural Assets Protection Department
0772-69-0640 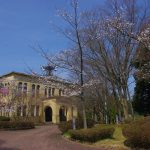 2
Tango Earthquake Memorial Hall
This memorial hall was built in 1930 to commemorate the reconstruction of the areas affected by the North Tango Earthquake and hand down the memory of the disasters caused by the earthquake to the next generation. The building is designated by Kyoto Prefecture as a cultural asset.
Kyotango City Board of Education, Cultural Assets Protection Department
0772-69-0640 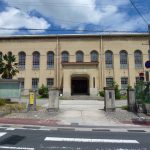 3
Mineyama Elementary School
The buildings of the elementary school that collapsed in the earthquake were rebuilt as they had been before the earthquake.
Kyotango City Board of Education, General Educational Affairs Department
0772-69-0610 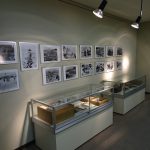 4
Tango Earthquake Memorial Exhibition (March)
The exhibits of the memorial exhibition tell us what it was like on the day of the earthquake. We can grasp how disastrous earthquakes are and learn about the importance of preparing for natural disasters.
Kyotango City Board of Education, Cultural Assets Protection Department
0772-69-0640

The Gomura Fault formed by the North Tango Earthquake of March 7, 1927, an M7.3 earthquake with its epicenter beneath Amino Town, moved as much as 60 cm vertically, and 2.75 m horizontally. Three sections of the fault (Koike, Higuchi, and Ikunouchi) are designated as national natural monuments to preserve the moved seismic fault. At Koike, a straight road moved 2.6 m horizontally. You can still observe how far it moved. At each of the three points, photographs depicting the fault at the time of the earthquake are exhibited to convey the tremendous power of the North Tango Earthquake. 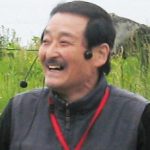