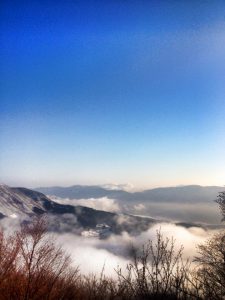 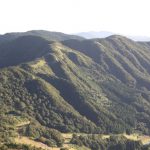 1
Mt. Hachibuse
A mountain formed of lava erupted by the volcanic activity (2.54 million years ago) in almost the same period as Mt. Hyonosen (1,510m). The lava is called Hachibuse andesite, covering the whole area including Mt. Torokawa. It is located the east end of the Chugoku Mountains. The highland near the summit and the slope of the mountain foot are good for skiing.
Hachikita Tourism Association
0796-96-0732 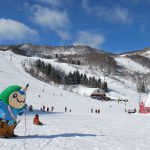 2
Hachikita Highlands
The Highland near the Mt. Hachibuse. A big katsura tree in Noma and skunk cabbage community can be observed. It turns into a skiing slope in winter.
Hachikita Tourism Association
0796-96-0732 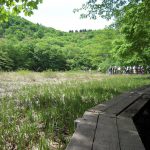 3
Onuma Marsh
Marsh at an altitude of 820m located in a gap formed on the top of landslide ground.
Hachikita Tourism Association
0796-96-0732 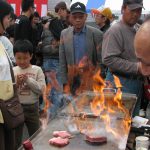 The Hachikita Highland is located on the north side of Mt. Hachibuse at an altitude of 1,221 m. A lot of waterfalls formed by lava erupted in the newer age of volcanic activity can be seen. The slope caused by landslide is used for skiing and terraced rice paddies. Various kinds of alpine plants can be observed in Hachikita. In the Hachikita Onuma Marsh which was formed in a sunken place caused by landslide, various kinds of precious swamp plants including skunk cabbage, which is designated as prefectural natural treasure, can be seen. 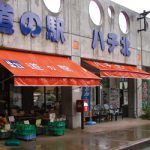